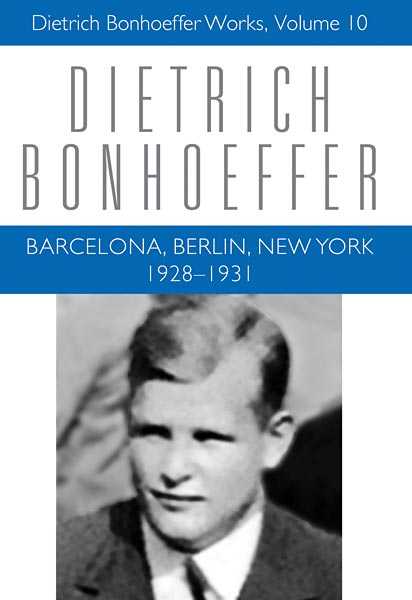 The period 1928 to 1931, which followed completion of his dissertation, was formative for Bonhoeffer's personal and pastoral and theological direction. Almost all of these nine hundred pages of writings appear in English in Barcelona, Berlin, New York 1928-31 for the first time. They document the intense four-year period that included preparation of his postdoctoral thesis; a vicarage in Barcelona; occasional lectures; his postdoctoral academic year at Union Theological Seminary; travel around the United States, Cuba, and Mexico; and his re-entry into the German academic and ecclesial scene.