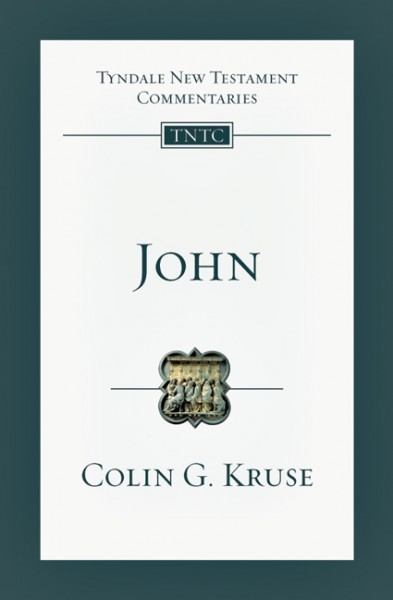 Among the Gospels, John's is unique. It has a structure with long conversations and extended debates, and much of its content is not found elsewhere. Jesus' relationship to the Father and his teaching on the Holy Spirit are given special prominence. Ultimately, faith, believing in Jesus, is at the centre- with signs highlighted to provoke faith, and stories of those who responded to Jesus as examples of faith. Colin Kruse ably shows how the Fourth Gospel weaves its themes of belief and unbelief into its rich Christology.

"There simply is no series of medium-length commentaries that approaches the excellence of the Tyndale commentaries." — Donald A. Hagner, Fuller Theological Seminary Colin G. Kruse (PhD, Fuller Theological Seminary) is senior lecturer of New Testament at Melbourne School of Theology. In the twenty years following his ordination into the Anglican ministry, Kruse gained practical experience in parishes in Australia and the U.S. along with five years of missionary service as a theological lecturer in Indonesia. Besides journal articles on the New Testament, Old Testament and the Dead Sea Scrolls, Kruse has authored several books including Paul, the Law and Justification and New Testament Models for Ministry: Jesus and Paul. He has also written the Tyndale New Testament Commentary on 2 Corinthians and the Pillar New Testament Commentary titles The Letters of John and Paul's Letter to the Romans.
ISBN: 9780830842346