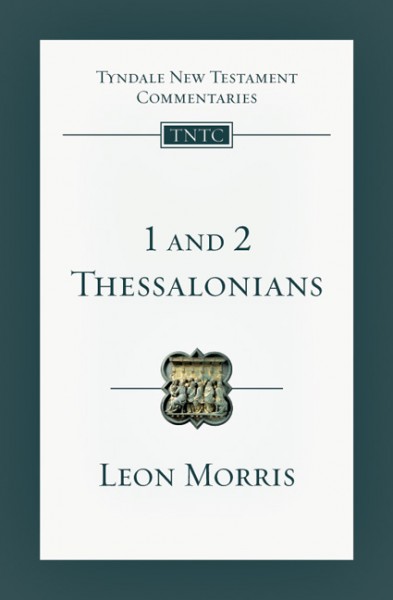 "No other writings of Paul provide a greater insight into his missionary methods and message as 1 and 2 Thessalonians," says Leon Morris. "Here we see Paul the missionary at Paul the pastor, faithfully proclaiming the gospel of God, concerned for the welfare of his converts, scolding them, praising them, guiding them exhorting them, teaching them; thrilled with their progress, disappointed in their slowness . . . Especially important is the teaching of these Epistles on eschatology."

"There simply is no series of medium-length commentaries that approaches the excellence of the Tyndale commentaries." — Donald A. Hagner, Fuller Theological Seminary Leon Morris (1914-2006), one of the leading evangelical New Testament scholars of the twentieth century, served as principal of Ridley College in Melbourne, Australia. He was the author of more than forty works, including The Apostolic Preaching of the Cross, The Atonement, and comprehensive scholarly studies on Matthew, Luke, John, and Romans. He was the general editor of the Tyndale New Testament Commentaries and wrote the volumes in that series on Luke, 1 Corinthians, 1 & 2 Thessalonians, and Revelation.
ISBN: 9780830842438