Easter Savings + Use EASTER2020 Coupon for 25% Off Storewide!

Temples, Tithes, and Taxes: The Temple and the Economic Life of Ancient Israel 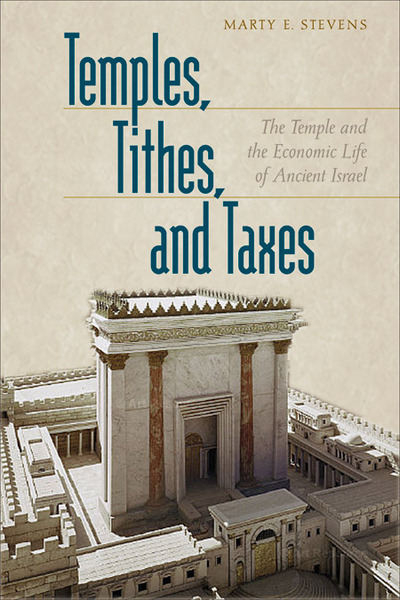 Temples, Tithes, and Taxes: The Temple and the Economic Life of Ancient Israel

Title: Temples, Tithes, and Taxes: The Temple and the Economic Life of Ancient Israel

The temple in Jerusalem was both the center of ancient Israel's religious life and also an economic center for the nation.

In this groundbreaking study of the economic functions of the Jerusalem temple, Marty E. Stevens, who worked for fifteen years as a certified public accountant prior to getting a PhD in Old Testament, demonstrates that the temple acted as the central bank, internal revenue collector, source of loans, and even debt collector for ancient Israel. Applying a broad knowledge of temple-systems throughout the ancient Near East, Stevens sheds light on the roles played by various officials mentioned in Scripture and their tasks within the temple complex. Neither "Big Brother" nor "big business," the temple still served government and commerce in the course of conducting its religious functions. This fascinating book opens new avenues for understanding the Jerusalem temple and its impact on Israelite society.
ISBN: 9781441242075