Marrow Controversy and Seceder Tradition, The: Atonement, Saving Faith, and the Gospel Offer in Scotland (1718–1799) 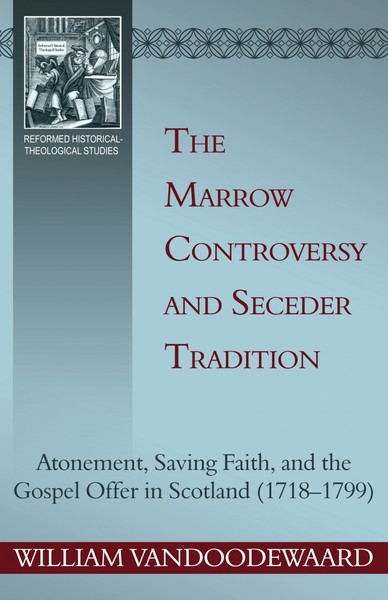 Marrow Controversy and Seceder Tradition, The: Atonement, Saving Faith, and the Gospel Offer in Scotland (1718–1799)

Title: Marrow Controversy and Seceder Tradition, The: Atonement, Saving Faith, and the Gospel Offer in Scotland (1718–1799)

After the Reformation, the Marrow Controversy of the eighteenth century is noted as one of the most significant and defining events in the Scottish church. However, until now, there has not been a serious analysis of the theology of the Marrow Men as it relates to churches in Scotland during the aftermath of the controversy. In this important study, William vanDoodewaard identifies characteristic understandings of Marrow theology on the atonement, saving faith, and the free offer of the gospel and traces them out in the theology of the Seceder tradition. In doing so, he presents substantial evidence for the continuity of Marrow theology in the Associate Presbytery and Associate Synod in Scotland during the eighteenth century. He ably demonstrates that while Marrow theology was not the primary cause of the Secession churches, the Seceders were aware of the significance of Marrow theology and consciously made it an integral part of their churches. “William VanDoodewaard has satisfied a scholarly need by carefully demonstrating the substantial theological continuity between Thomas Boston and the rest of Scotland’s early eighteenth-century Marrow Men and the later churches of the Associate Presbytery and Associate Synod. While this connection has long been assumed, it is now thoroughly demonstrated. The trilogy of doctrines at the heart of VanDoodewaard’s argument—the substitutionary atonement, saving faith, and the free offer of the gospel—are not of merely historical interest, but of perennial necessity for the truth of the gospel and the vitality of the Christian church.”- Philip G. Ryken, President, Wheaton College
ISBN: 9781601783295