Is This the End? (with Bonus Content): Signs of God's Providence in a Disturbing New World - Olive Tree Bible Software 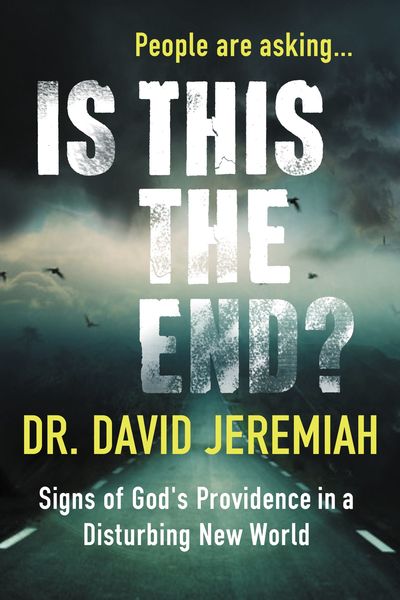 Title: Is This the End? (with Bonus Content): Signs of God's Providence in a Disturbing New World

This eBook includes the full text of the book plus an additional chapter on Europe from Dr. Jeremiah’s book What in the World Is Going On? not included in the print book!

According to the headlines, the world is falling apart! Where's God in all of the change, conflict, and chaos? Pastor David Jeremiah offers culturally relevant and biblically accurate insights on terrorism, radicalized Islam, the new Russia, the debt crisis, and more to reveal how God's hand is at work in his unfolding plan for humanity.

Never have headlines been this jarring, cultural changes this rapid, or moral decay this pronounced. What on earth is happening? After each new occurrence, the most oft-heard questions are, “Will the world ever be the same again?” and “Where is God in all of this?”

Over the last few decades, Dr. David Jeremiah has become one of the world’s most sought-after Christian leaders on topics that deal with biblical application and modern culture. And few would dispute that the pace at which things are currently changing is unprecedented. The time has come to accept this new normal, Jeremiah says, and understand how God’s hand is still at work on His eternal plan for mankind.

No one can afford to ignore these warnings, but all can better understand the greater story and the role we each play in this changing world. From prophetic clues in Scripture to an understanding of the power of Christ in all believers, this book directs us on a clear path forward.