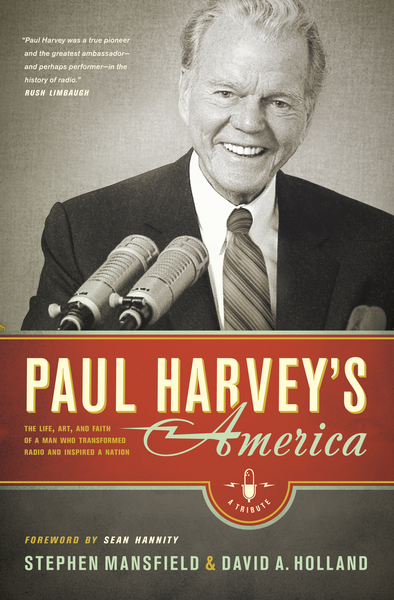 New York Times best selling biographer Stephen Mansfield and coauthor David A. Holland present a fascinating look at America’s most popular radio host. You’ll discover how the brutal murder of his father shaped Paul Harvey’s life and career; how a high school teacher helped launch him in radio; the truth behind his brief and controversial career in the Air Force; why he was arrested for breaking into a secure research laboratory during the Cold War; why he proposed to his wife, “Angel,” on their very first date—and why it took her a year to say yes; the important role of faith in his life; and how his immeasurable contributions to broadcast history transformed American culture.
ISBN: 9781496415325