Psalms of David in Metre 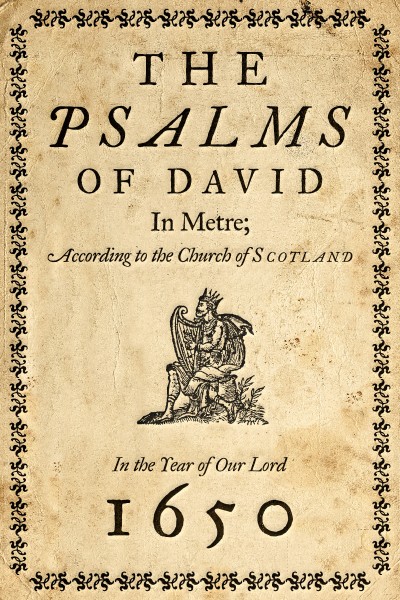 Psalms of David in Metre

Title: Psalms of David in Metre

This is a translation of the Psalms for singing. Rhyme and rhythm were part of the goal in the translation of this Psalter so that God’s people could obey the command to teach and admonish “one another in psalms and hymns and spiritual songs, singing with grace in your hearts to the Lord.”

Andrew Duncan in 1882 wrote, “This version, after repeated revisals, was approved of by the Westminster Assembly; and, having undergone further careful revision by members of the General Assembly of the Church of Scotland, it was adopted and sanctioned in 1649, and, on the 15th day of May in the following year, was for the first time used publicly in Glasgow. It claims to be ‘more plain, smooth, and agreeable to the text, than any’ versions ‘heretofore;’ and though many attempts have been made to supersede it, yet none have been successful, the firmness with which it has held its place being, undoubtedly, owing to its real excellence, its intrinsic merits, as well as to the endearing associations with which it has come to be surrounded.”

Many of these Psalms are translated into common metre, which means they can be sung to the well-known tunes of many hymns such as Amazing Grace, O For a Thousand Tongues, or O God Our Help in Ages Past. Further tunes and resources are available at ThePsalmsSung.org (not affiliated with Olive Tree).

This resource works like other Bibles in our app and can be opened in the Resource Guide or split window to read the Psalms side-by-side with your favorite English translation. This is helpful if you have any difficulty understanding some of the more archaic wording.