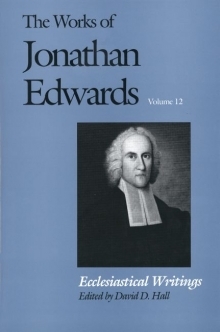 This volume includes four documents by Jonathan Edwards on the nature of the church, documents that reveal his views on ecclesiology, congregational autonomy, ordination, and admission to church membership and to the sacraments. The first document, reprinted here for the first time since the eighteenth century, is Edwards' defense of his fellow Hampshire County ministers in the Robert Breck controversy of 1735-36. The other three documents relate to Edwards' efforts to restrict admission to the sacraments at Northampton in 1749-50, actions that ultimately led to his dismissal as pastor: An Humble Inquiry explicates his reasons for refuting his grandfather and predecessor Solomon Stoddard's open admission policy; Misrepresentations Corrected is Edwards' response to his cousin Solomon Williams' criticisms of the Humble Inquiry; and Edwards' untitled narrative, available before only in Sereno Dwight's 1829 edition and here newly re-edited, gives details of his final conflict with his Northampton congregation.

The general introduction by David D. Hall places these writings in their contemporary polemical contexts and locates Edwards in a historical framework that highlights his Puritan, Congregational heritage and the tensions between lay and clerical piety. It also provides an important reassessment of Edwards' relationship to Stoddard in the light of Edwards' experience during and after the Great Awakening.

This volume can be purchased individually, or as part of the following set:
Works of Jonathan Edwards (26 Vols.) David D. Hall is professor of American religious history and Bartlett Lecturer on New England Church History at Harvard University.