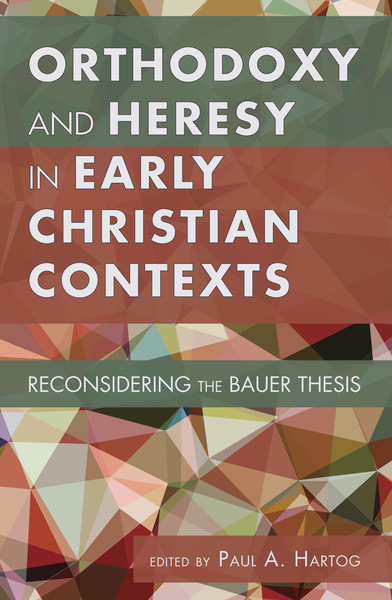 Eighty years ago, Walter Bauer promulgated a bold and provocative thesis about early Christianity. He argued that many forms of Christianity started the race, but one competitor pushed aside the others, until this powerful "orthodox" version won the day. The victors re-wrote history, marginalizing all other perspectives and silencing their voices, even though the alternatives possessed equal right to the title of normative Christianity. Bauer's influence still casts a long shadow on early Christian scholarship. Were heretical movements the original forms of Christianity? Did the heretics outnumber the orthodox? Did orthodox heresiologists accurately portray their opponents? And more fundamentally, how can one make any objective distinction between "heresy" and "orthodoxy"? Is such labeling merely the product of socially situated power? Did numerous, valid forms of Christianity exist without any validating norms of Christianity? This collection of essays, each written by a relevant authority, tackles such questions with scholarly acumen and careful attention to historical, cultural-geographical, and socio-rhetorical detail. Although recognizing the importance of Bauer's critical insights, innovative methodologies, and fruitful suggestions, the contributors expose numerous claims of the Bauer thesis (in both original and recent manifestations) that fall short of the historical evidence. With contributions from: Rodney Decker Carl Smith William Varner Rex Butler Bryan Litfin Brian Shelton David Alexander Edward Smither Glen Thompson
ISBN: 9781630879556