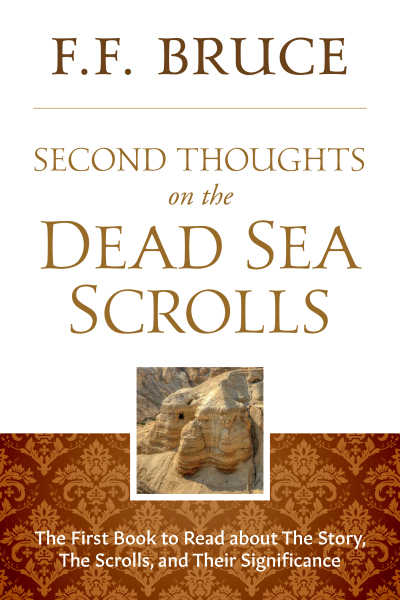 "I felt as if I were discovering the Dead Sea Scrolls myself," said one reviewer because "the book is exciting to read." Although first written fewer than ten years after the discovery of the Dead Sea Scrolls, this third edition (1964) is an excellent, readable introduction to "the greatest manuscript discovery of modern times." F.F. Bruce’s balanced and thoughtful book answers the questions readers still want to know about the story, the Qumran community, the scrolls, and their significance for the histories of Judaism and Christianity and for biblical studies.

"No matter at what point one brings the record of the Dead Sea discoveries to a provisional conclusion," Bruce says, "it will be many years before 'Finis' can be written. Perhaps indeed all that is contained in the foregoing pages is only the beginning." Although more details are now known about the Dead Sea Scrolls and they can now be viewed online, this is still one of the best introductions available.