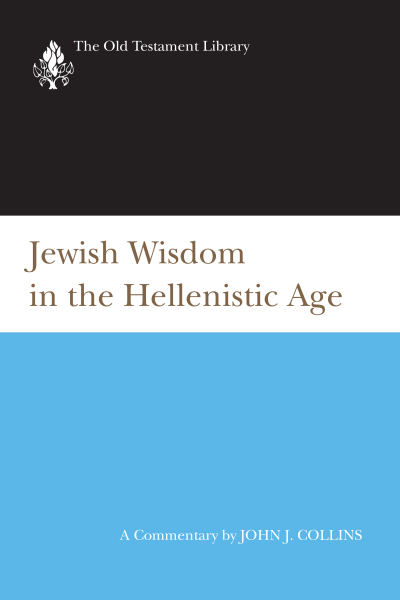 Jewish wisdom flourished under Hellenism in the books of Ben Sira and the Wisdom of Solomon, as well as in a recently discovered sapiential text from Qumran. In this book internationally known author John Collins presents a compelling description and analysis of these three texts and their continuing wisdom traditions.

The Old Testament Library provides fresh and authoritative treatments of important aspects of Old Testament study through commentaries and general surveys. The contributors are scholars of international standing.

"Belongs on the shelves of students, clergy, and professional scholars as well as the serious layperson." — Journal of Biblical Literature John J. Collins is Holmes Professor of Old Testament Criticism and Interpretation at Yale Divinity School in New Haven, Connecticut. His books include Daniel, a commentary in the Hermeneia series, and The Bible after Bable: Historical Criticism in a Postmodern Age. He is co-editor of the three-volume Encyclopedia of Apocalypticism and has participated in the editing of the Dead Sea Scrolls. He has served as president of both the Catholic Biblical Association and the Society of Biblical Literature.
ISBN: 9780664221096