George Bell, Bishop of Chichester: Church, State, and Resistance in the Age of Dictatorship 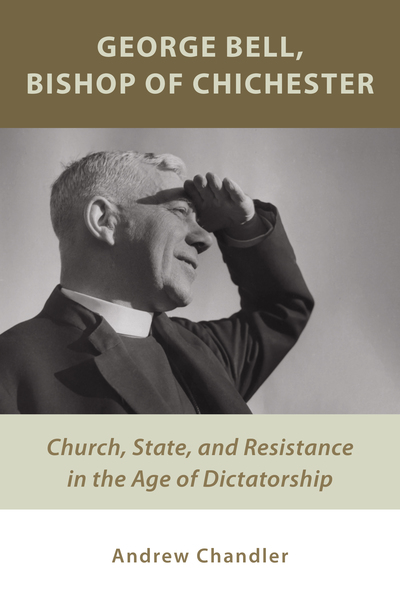 George Bell, Bishop of Chichester: Church, State, and Resistance in the Age of Dictatorship

Title: George Bell, Bishop of Chichester: Church, State, and Resistance in the Age of Dictatorship

It was to George Bell, an English bishop, that Dietrich Bonhoeffer sent his last words before he was executed at the Flossenbürg concentration camp in April 1945. Why he did so becomes clear from Andrew Chandler's new biography of George Kennedy Allen Bell (1883–1958).

As he traces the arc of Bell's life, Chandler reshapes our perspective on Bonhoeffer's life and times. In addition to serving as bishop of Chichester, Bell was an internationalist and ecumenical leader, one of the great Christian humanists of the twentieth century, a tenacious critic of the obliteration bombing of enemy cities during World War II, and a key ally of those who struggled for years to resist Hitler in Germany itself.

This inspiring biography raises important questions that still haunt the moral imagination today: When should the word of protest be spoken? When should nations go to war, and how should they fight? What are our obligations to the victims of dictators and international conflict?
ISBN: 9781467445153