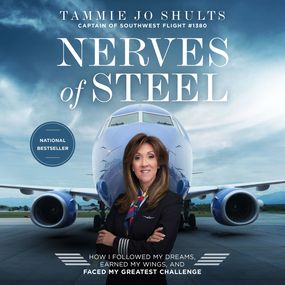 Audiobook-exclusive bonus content includes a Q&A between Tammie Jo Shults and narrator Tavia Gilbert and a recorded speech detailing the events of Flight 1380.

Bring the story to life with photos available in the audiobook companion PDF download.