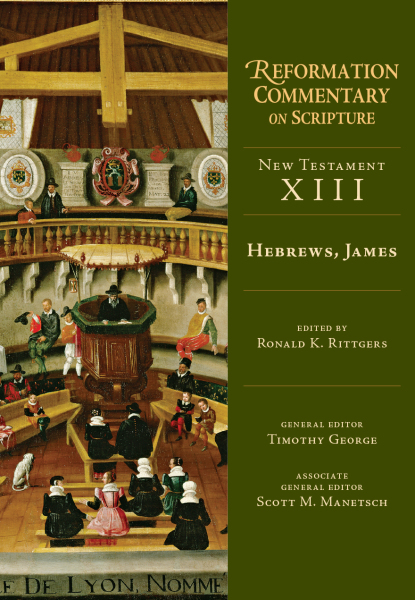 “Faith is the assurance of things hoped for, the conviction of things not seen,” wrote the author of the epistle to the Hebrews.

Reflecting on this verse and the epistle’s description of the high priestly and sacrificial ministry of Jesus Christ, Swiss Reformed theologian and exegete Heinrich Bullinger defined faith as “the most constant mental certainty, which rests on those things to which all our hope is directed, namely . . . the expectation of salvation and the recognition of our truly blessed God and Savior, who is the inexhaustible fountain of all good.”

Both the epistle to the Hebrews and the epistle of James generated much discussion and debate during the Reformation period. The author of the former is unknown, and the latter was dismissively labeled as an “epistle of straw” by Martin Luther. Yet both of these letters have proven to be essential for Christians—during the Reformation era and today—who seek to understand the significance of the work of Jesus Christ and what it means to follow him.

In this volume of the Reformation Commentary on Scripture, church historian and theologian Ronald K. Rittgers guides readers through a diversity of early modern commentary on both Hebrews and James. Readers will hear from familiar voices as well as lesser-known figures from a variety of theological traditions, including Lutherans, Reformed, Radicals, Anglicans, and Roman Catholics.

Drawing on a variety of resources—including commentaries, sermons, treatises, and confessions—much of which appears here for the first time in English, this volume provides resources for contemporary preachers, enables scholars to better understand the depth and breadth of Reformation commentary, and helps all who seek the assurance and conviction that is found in Christ alone.

This volume is available for purchase individually, or as part of the Reformation Commentary on Scripture Set (16 Vols.).

Ronald K. Rittgers (PhD, Harvard University) holds the Erich Markel Chair in German Reformation Studies at Valparaiso University, where he also serves as professor of history and theology. He is the author of The Reformation of Suffering: Pastoral Theology and Lay Piety in Late Medieval and Early Modern Germany and The Reformation of the Keys: Confession, Conscience, and Authority in Sixteenth-Century Germany. He has also served as the president of the American Society of Church History.
ISBN: 9780830889426