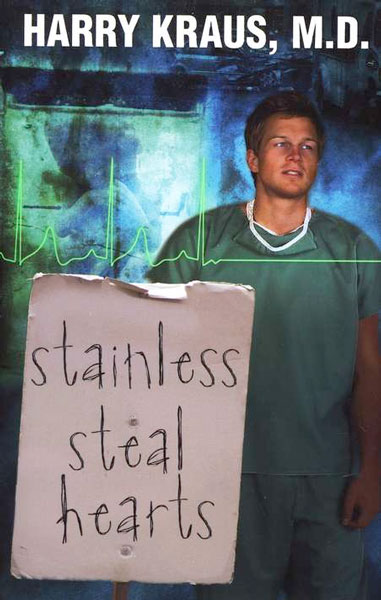 Matt Stone is a surgical resident with a promising career ahead of him.

But when Matt and two friends stumble upon a terrible research project run by the hospital chief surgeon and a local abortionist, he knows he has to do something—even if it means sacrificing his career. The abortionist and chief surgeon are collaborating in illegal experiments on aborted fetuses, stealing the hearts of the fetuses to give to infants with congenital heart defects.

Layton Redman is the pro-choice candidate for governor whose aggressive campaign for office could be destroyed by scandal. When his unwed staff volunteer tells him she is pregnant with his child, Redman knows he must keep it quiet, and works quickly to arrange an abortion.

When the woman is involved in a car accident, Matt is the surgeon who saves her baby's life. But when the hospital chief learns that the child is Redman's—one they had planned to use in their research—he decides to end Matt's career for good.

Will Matt and his friends gather enough evidence to expose the experiments before Matt is suspended from practicing medicine? What will Redman do when he discovers his child is still alive?

The novel Stainless Steal Hearts, by Harry Kraus, Jr., combines mystery and detective work with medical realism, high-stakes action, and political scandal into one exciting book! As Matt and his friends work to uncover the pieces of the terrible plot they discover, Kraus skillfully lays open the world of medicine and medical ethics so that every reader can appreciate the moral imperative the characters face.

Missionary, practicing surgeon, and author Harry Lee Kraus, Jr., M.D. puts his medical background as a general surgeon to good use in adding depth and credibility to his fiction. Dr. Kraus currently serves as a missionary surgeon with Africa Inland Mission, at Kijabe Hospital in Kenya. He is the author of eight novels.